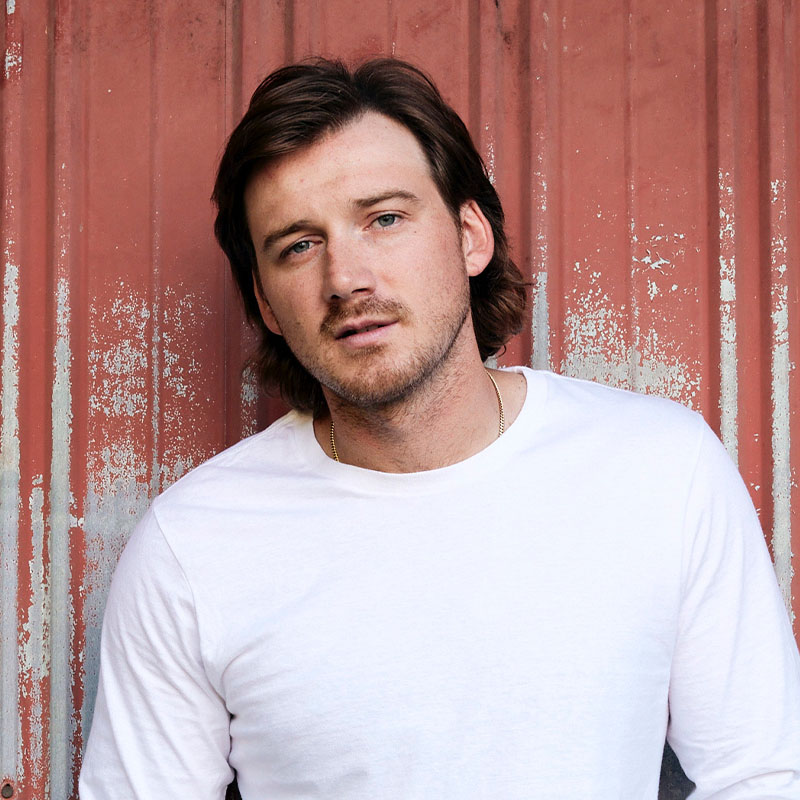 You can’t step up as one of country’s most exciting new stars without knowing exactly what you’re about. Lucky for Big Loud Records breakout artist Morgan Wallen, that quality runs in his blood.

With his debut album, IF I KNOW ME, the hit maker behind “Up Down” (ft. Florida Georgia Line) and “The Way I Talk” lays his cards out on the table: Work hard. Love hard. Party down. Respect the past and make your own future. … Know yourself.

“I’ve never been the type of person who’s good at getting my feelings out, so for me music is a way to do that,” Wallen explains. “I just hope people get to know me and see my true colors.”

Still only 24 years old, those colors have already started to show. Working with a vocal blend which marks the spot where interstate blacktop changes over to gravelly, Smoky Mountain backroads, Wallen’s a rock and hip-hop loving country boy with a sound straight out of the modern South.

He mixes boondock bangers, amped-up anthems and sensitive, shade-tree poetry like a one-man playlist. He’s a fireball onstage, thrilling stadium crowds with superstars like Florida Georgia Line and Luke Bryan and headlining his own 2018 Up Down Tour. He’s a chart-topping songwriter with his name on tracks like Jason Aldean’s “You Make It Easy,” a Grand Ole Opry performer and an artist on the fast track with over 100 million Spotify streams, earning the respect of legends like Bill Anderson and country’s new generation at the same time.

Born and raised in the tiny, two-stoplight town of Sneedville, Tennessee, Wallen began singing in his father’s church at 3 years old and was writing songs by 18, melding a variety of influences right from the start. Sneedville is the home of bluegrass icon Jimmy Martin and Wallen went to the same high school as Kenny Chesney. But while his mother loved Christian music and he was into rap, his dad was a hard rocker all the way – laying the foundation for his son’s own fearless creative identity.

“It’s not something you would expect – a Southern Baptist preacher who loves Bad Company – but I think that’s part of what makes him genuine,” Wallen explains. “He wasn’t the kind of preacher who was throwing judgment toward anybody. He just found a way that helped him and he wanted to help other people, and if he liked a little rock-and-roll, then so be it. I looked up to it all.”

That willingness to break the mold peppers IF I KNOW ME, filled with equal parts confident charm and heartfelt vulnerability. Wallen co-wrote 6 of the album’s 14 tracks, working with established country hit makers like Craig Wiseman and Jessi Alexander, up and comers like Michael Hardy and crossover-rap tunesmiths like Ernest K. and Ryan Vojtesak (Kanye West, Young Thug, Post Malone).

Produced by studio ace Joey Moi – who also helped FGL, Jake Owen and Nickelback develop their bold sonic presence – Morgan didn’t bother trying to classify his work by genre. Instead he focused on feel, with swagger and sensitivity, heartbreak and desire all taking their place.

“Like a lot of people my age, I didn’t necessarily grow up listening to country music … I grew up living it,” he says. “The songs I wrote came from the heart, and I don’t really pay attention to what’s going on outside of what I’m doing. I just try to stick to what I know and what I love.”

With the album’s slow-burning title track, what Wallen knows and loves comes into view. Anchored by a tight, Top 40 club beat and a gotta-have-you theme, the song is all rhythm and quick hitting come-ons as Wallen looks to start a romance that lasts longer than just one night.

His anthemic 2016 breakout, “The Way I Talk,” takes a drawling look at putting your money where your mouth is, while “Up Down” – the irresistible thumper that features Tyler Hubbard and Brian Kelley of Florida Georgia Line – feels like typical Friday in Wallen’s mountain-valley hometown. Climbing up country radio, SiriusXM and digital streaming charts alike, it’s full of distorted twang, pounding drums, sly vocals and references to “Holdin’ it down here in ‘B.F.E.’”

“Some people have asked me, ‘What’s B.F.E.?’ And if you don’t know, you just don’t know,” Wallen says with a laugh. “I love a good time, I love to drink a little bit, I love being with my friends and I love fishing. Life is hard enough already, so if you can find a song that takes you away from that for three or four minutes, it’s a blessing.”

“Had Me at Halftime” scores with a heartfelt Hail Mary, “If I Ever Get You Back” updates the feel-good spirit of ‘90s country, and “Redneck Love Song” grooves with a blue-collar promise of everlasting love.

Meanwhile, “Happy Hour” toasts a relationship that was doomed from the start, mixing on-the-rocks lyrics and melodies into a potent, pure-country anthem. “Chasin’ You” smolders with the residual heat of a top-shelf bourbon, and “Whiskey Glasses” fuses sludgy guitars to a concept that’s basically a low-down, broken-hearted play on the idea behind beer goggles.

But with its booming beat, swampy guitars and sideways lyrics all about the country-boy good life – plus a nod to Nitty Gritty Dirt Band’s archetypal country-rocker, “Fishin’ in the Dark” – “Whatcha Know About That” lies at the album’s thematic heart. It’s a place where being true to yourself is more important than playing by someone else’s rules. And that’s something Wallen knows all about.

“The song pays homage to the past, but I’m damn near rapping in part of it,” he explains, honored that the Grammy-winning Dirt Band – envelope pushing game changers in their own right – gave the track their support. “That’s one thing I love about country music right now. You get to express yourself and do what you want, and I think that’s why country is bigger now than it ever has been.”