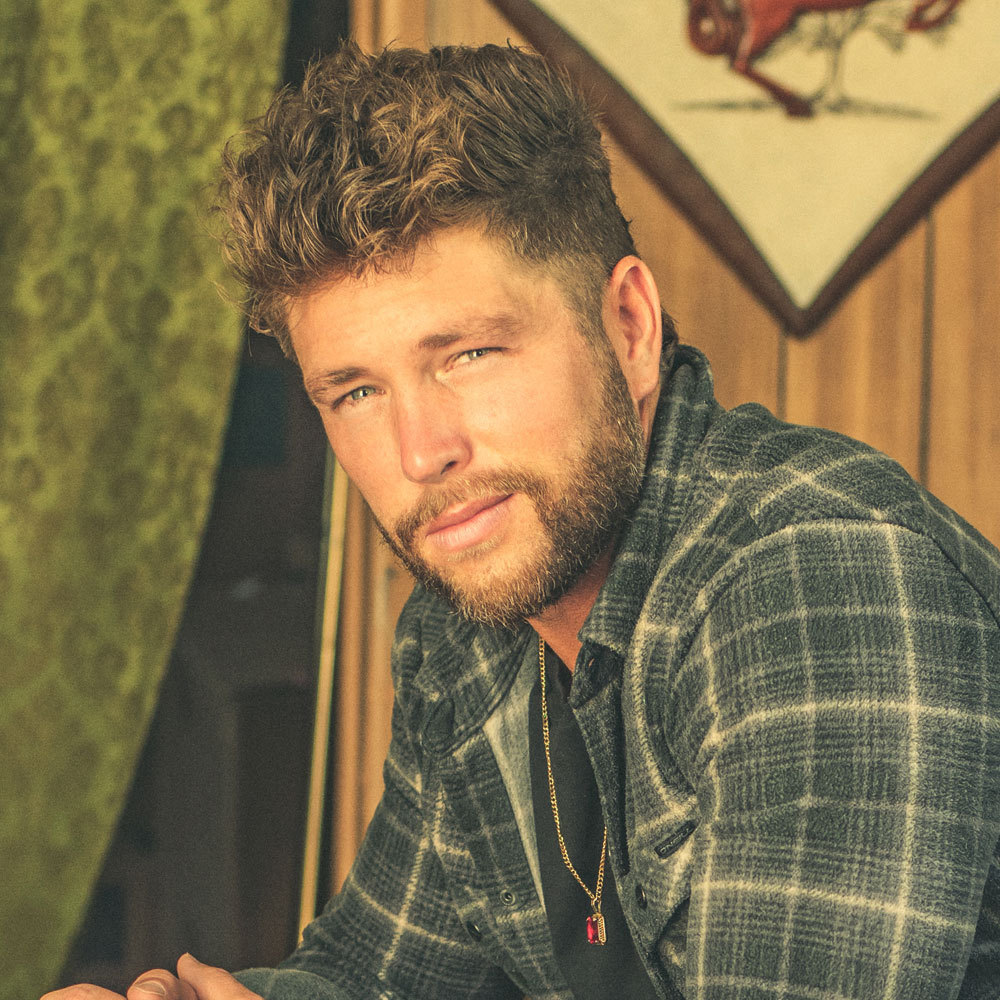 Low-slung baritones are a country tradition; so are big, booming vocals built for twangy power ballads. Yet, as varied as the genre can be, it isn’t often that someone comes along with a take or a tone that shakes it to the core while still keeping that center strong and solid; someone so modern it’s hard to find a point with which to compare. But listen to one moment of Chris Lane’s signature falsetto, and it’s clear there’s a new range in town. In Lane’s hands, mixing those earth-shattering high notes with banjo plucks and a danceable beat (whether that dancing is done in cowboy boots or Nike sneakers) has never felt more natural, or so unique. He may have some Girl Problems, as the title of his debut album suggests, but he has no problem at all weaving a fresh sound that both thrills country fans and encourages pop faithfuls to dip a toe into his side of the Mason-Dixon.

After touring in the past year with Dustin Lynch, Kelsea Ballerini and Rascal Flatts, Lane’s been making a name for himself as one of the genre’s most groundbreaking new stars: his first single, “Fix,” topped the Country radio charts, has been certified GOLD in both the U.S. and Canada, and surpassed both 25.8 million streams on Spotify and 6 million views on Vevo, making waves for how effortlessly it blends progressive pop and that sultry falsetto with his country roots. It’s a record-breaker, too: the song has accumulated the most first week single adds from a debut male artist in Country Aircheck history, all while drawing praise from the likes of Selena Gomez, Lucy Hale, Daughtry and more. Now, Lane’s ready to share Girl Problems with the world, the debut LP produced by Joey Moi (Florida Georgia Line, Jake Owen) and released August 5th by Big Loud Records.

Originally from North Carolina but now residing in Nashville, Lane once thought his life was heading in an entirely different direction: an ace athlete, he played football and baseball until an injury sidelined him permanently. Looking for an outlet, he turned to the guitar – he’d always loved music growing up, and listened to everything from Garth Brooks and Usher to Justin Timberlake – and it quickly turned from a hobby into a downright passion. He started playing in a cover band and became a must-see act in town, all while starting to write his own songs, a talent that came unexpectedly easily.

“Once I got a taste of what it was like to be on stage,” says Lane, “and more and more people came out to the shows, I thought, ‘well, I should try and write my own music.’ I sat down and wrote twelve songs. After that, it instantly felt like music was what I truly was supposed to be doing. I discovered a passion I never thought I could have.”

Soon, Nashville came calling, and it wasn’t before long that he found himself working with Moi, who was instantly drawn to his cutting-edge originality and ability to transcend genres. One day in the studio, Lane was singing an Usher song to himself while Moi was working behind the controls – including all of the high, falsetto notes that are impossible for most to even approach. And, suddenly, a light bulb went off: they realized they could integrate those vocal abilities into Lane’s music in way that country had never quite done before. “I’m so glad we discovered that,” says Lane. “It’s out of the box for country music, and that’s how I like to be.”

Once Lane felt free to unleash those killer vocals, everything fell into place: it was the thread that laced together his diverse pop and country influences, and “Fix,” written by Sarah Buxton, Jesse Frasure and Abe Stoklasa, was the first piece of that puzzle (and also the title of his debut EP). Girl Problems – named as an ode not only to the difficulties of romance but the beauty of learning from missteps and mistakes – takes the ride one step further, pushing even more boundaries, packing more surprises and, most of all, always remembering to make people dance or sing along. From the smooth, R&B vibe of “Who’s It Gonna Be” that absolutely smashes with its infectious, eighties-pop infused chorus; to the twang disco of “All The Time”; to the mid-tempo “For Her,” which Lane describes as his “Backstreet Boy” moment – if the Backstreet Boys played a little banjo – it’s a contemporary ride from one exciting corner of the genre to the next, reinventing country with every octave.

“I love what Florida Georgia Line is doing, and what Sam Hunt has done,” says Lane. “They have created something that was unique to country that nobody else had tried. That’s how I strive to create music, too. To infuse so many different aspects and influences into one unique sound, that always pushes forward.”

Florida Georgia Line, in fact, has been a mentor of sorts to Lane – they recognized his talent early on and took him on the road before anyone barely knew his name. It was a good gamble – audiences loved his high-energy, captivating performances, and other artists like Rascal Flatts snatched him up as a tourmate, too. Tireless on the road and always on all cylinders at every show, Lane attributes his work ethic to his years as an athlete.