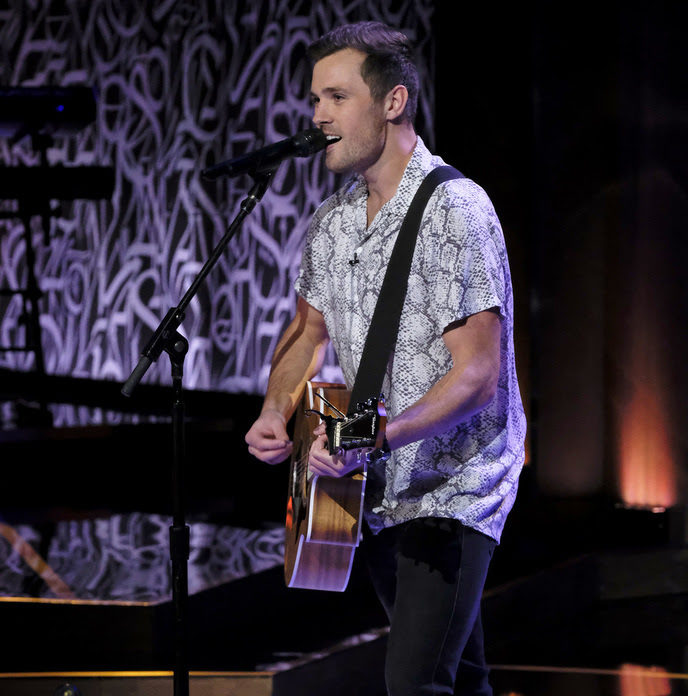 “Being on Songland was such an incredible experience and learning opportunity for me as a songwriter,” shares Palmer. “I still can’t believe that a band I’ve looked up to for so many years has chosen my song to record as their own. Being able to share this moment with friends and family on national television makes it all that much more special.”

The fast-rising singer-songwriter is currently fostering his writing development among Big Loud’s top-tier roster, while flipping the switch on new music of his own expected later this year.

ABOUT GRIFFEN PALMER:
Griffen Palmer is a rising singer-songwriter from Pickering, Ontario, who relocated to Nashville upon graduating from Ohio’s Bowling Green State University after a successful Division 1 rugby career. With two recent cuts from Country superstars Florida Georgia Line (“Second Guessing”) and Keith Urban (“Polaroid”), the 24-year-old is fostering his talents among Big Loud Publishing’s game-changing roster of writers after signing his first publishing deal in 2019. Nurturing his strong pen and performance chops, as well as his love for Country music, through four-hour cover sets in dusty college bars, a house party introduction to Geoff Warburton (5 Seconds of Summer, Shawn Mendes) brought Palmer stateside, after signing a management deal with Starseed Entertainment. For more information about Griffen Palmer, follow on Facebook, Twitter, and Instagram.

ABOUT NBC’S SONGLAND:
NBC’s Songland is an authentic peek into the creative process behind songwriting. The series provides undiscovered songwriters the chance to pitch their original creations to top recording artists and a panel of the most sought-after producers in music – Ester Dean, Shane McAnally and Ryan Tedder. One talented winner per episode has the opportunity to have their song recorded and released worldwide by chart-topping artists. Songland is executive produced by Emmy Award-winning producer Audrey Morrissey (The Voice), director Ivan Dudynsky, Eurythmics co-founder and Songwriter Hall of Fame inductee Dave Stewart, Chad Hines, and multi-Grammy-winning recording artist and Maroon 5 lead singer Adam Levine. Josh Gummersall serves as producer along with Ryan Tedder. The concept was devised by Stewart, Morrissey and Dudynsky. Songland airs Mondays at 10/9c on NBC.