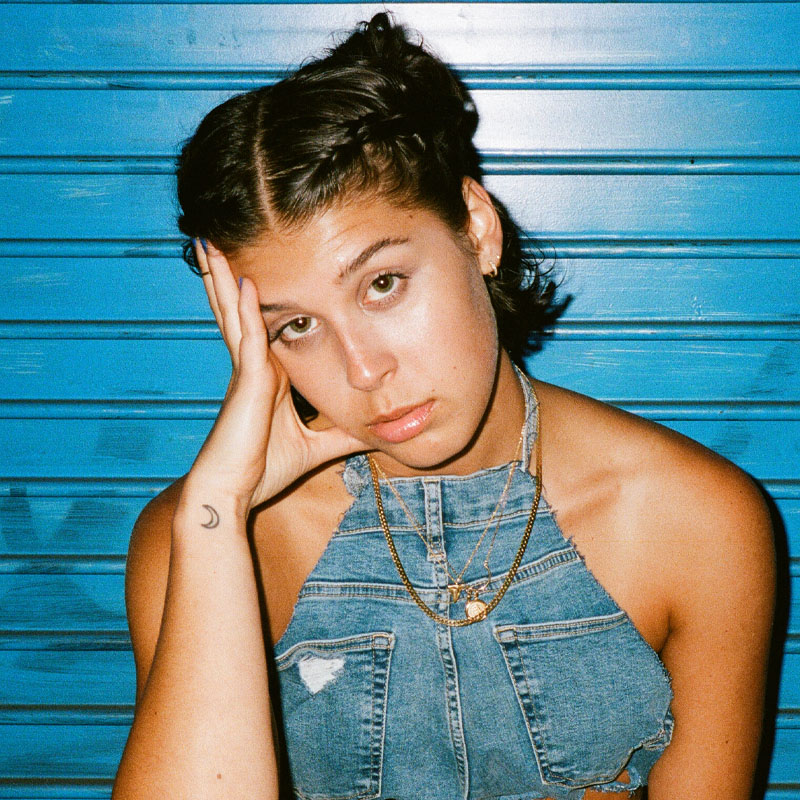 Ashley Leone is a contemporary R&B artist/writer whose pop sensibilities are reflected in her soulful, yet relevant sound. Drawing much inspiration from the perils and promises of topics like lust & love, Ashley is no stranger to her vulnerability—in her music, that is.

"Sometimes it ends up being brutally honest, which I just can't help," she says. "When I'm creating, I have the least amount of boundaries and I can fully say what I need to."

In many ways, you could say Ashley becomes her most authentic self when expressing thought through lyric.

When it comes to Ashley’s sound, there’s one thing that remains consistent: her vibe. From her love of 808s to her unwavering lyrical honesty, Leone doesn’t miss a beat. Having been raised in a home that embraced a wide variety of genres at an early start, Ashley became drawn to R&B/Hip-Hop by way of her older brother and middle school friends. Since then, her passion for the music has continued to grow, alongside her ability to account for life’s raw, yet beautiful experiences.

"I started writing because I knew this is what I wanted to do, but also literally just as an outlet. Sometimes a song comes out so fast and I'm like 'wait, that's how I'm feeling?' Writing things out keeps me in check with myself."

In addition to writing, Ashley loves spending time in the studio working to capture, understand, & enhance the experiences that have lead her there. Outside of the writing room & studio, she loves making a name for herself on the stage. Her passion for performing is merely an extension of the vibe she seeks to radiate in both her music and style.

Ashley was born & raised in the outskirts of Philly, although she currently calls Nashville, TN home.