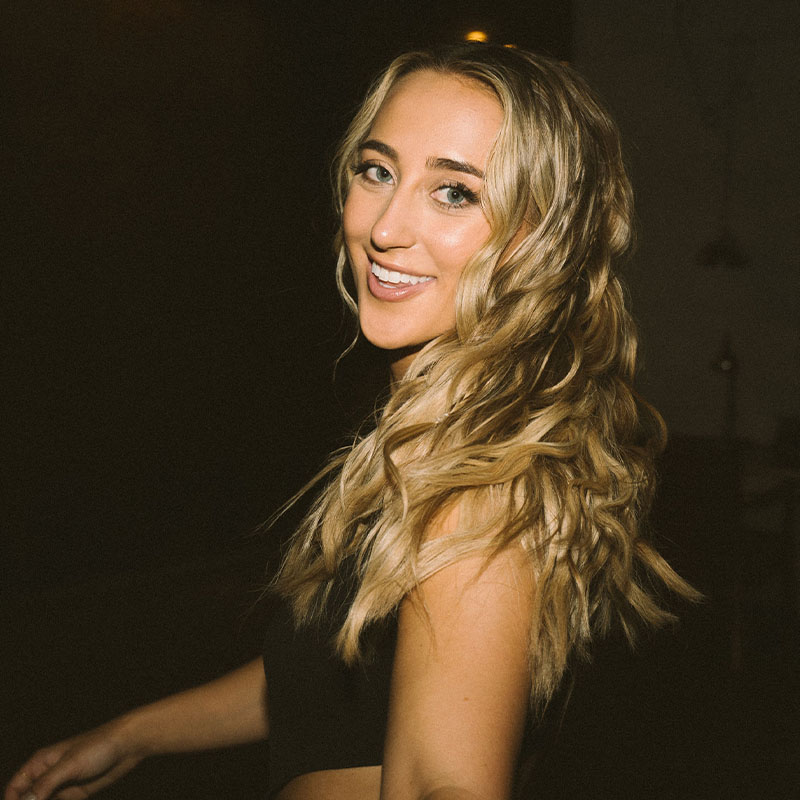 Raised between the coasts of California and Florida, Ashley Cooke is an up-and-coming country artist who is bringing authentic and honest storytelling to her music. The singer/songwriter developed her love of country music as Rascal Flatts, Jason Aldean and Florida Georgia Line quickly became the soundtrack of high school. Cooke followed her passion for music to Belmont University where she won the Country Showcase, placing her in an elite class of winners that includes Brad Paisley, Chris Young, Tyler Hubbard of Florida Georgia Line and more.

In 2021, Cooke hit the road on tour with fellow rising acts BRELAND and Spencer Crandall. Gearing up to release more new music in 2022, Cooke looks forward to joining Cole Swindell’s Down To The Bar tour kicking off in Feb. 2022.